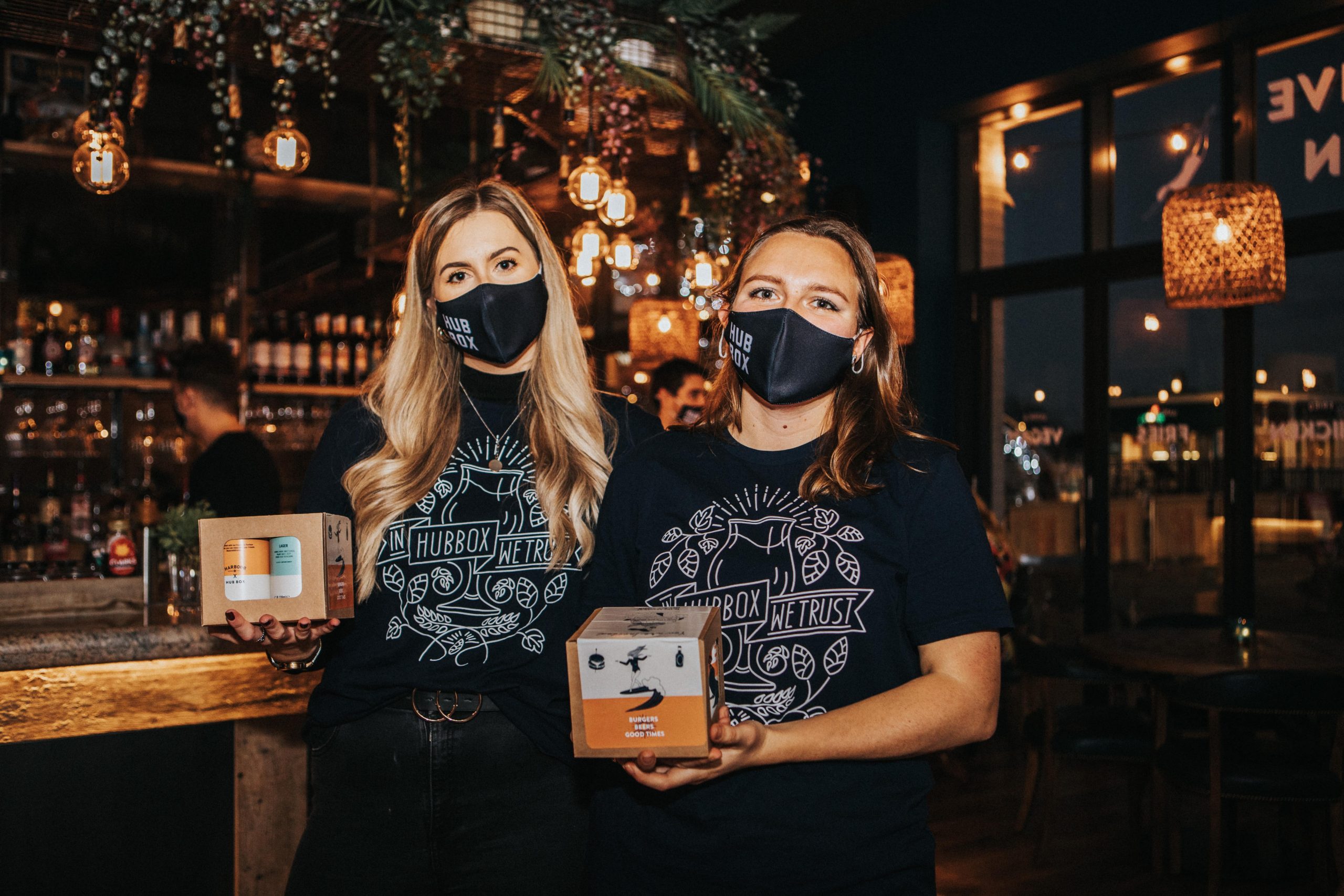 Hub Box had orginally approached us just a few months ago, asking for local assistance in the launch of their first Welsh burger restaurant opening in Cardiff Bay. In just 3 months, we have managed their local social media, issued press releases, curated an exclusive guest list, hand delivered invitations AND pulled off a launch event to remember. So, here’s how it all went down!

As we say to all clients when delving into a new location as a business, creating a new local online following is CRUCIAL. While Hub Box already have 8 incredibly successful restaurants across the South West, Wales was a whole new ball park for them, so creating a new platform for local Cardiff foodies had to be done. While keeping one central Hub Box Instagram, a brand-new Facebook page was created and handed over to River & Bear’s social media team to handle. Working closely alongside Hub Box to ensure their brand image as upheld and tone of voice matches with their other establishments, we swept up their local social presence and promoted the good vibes of Hub Box across South Wales. 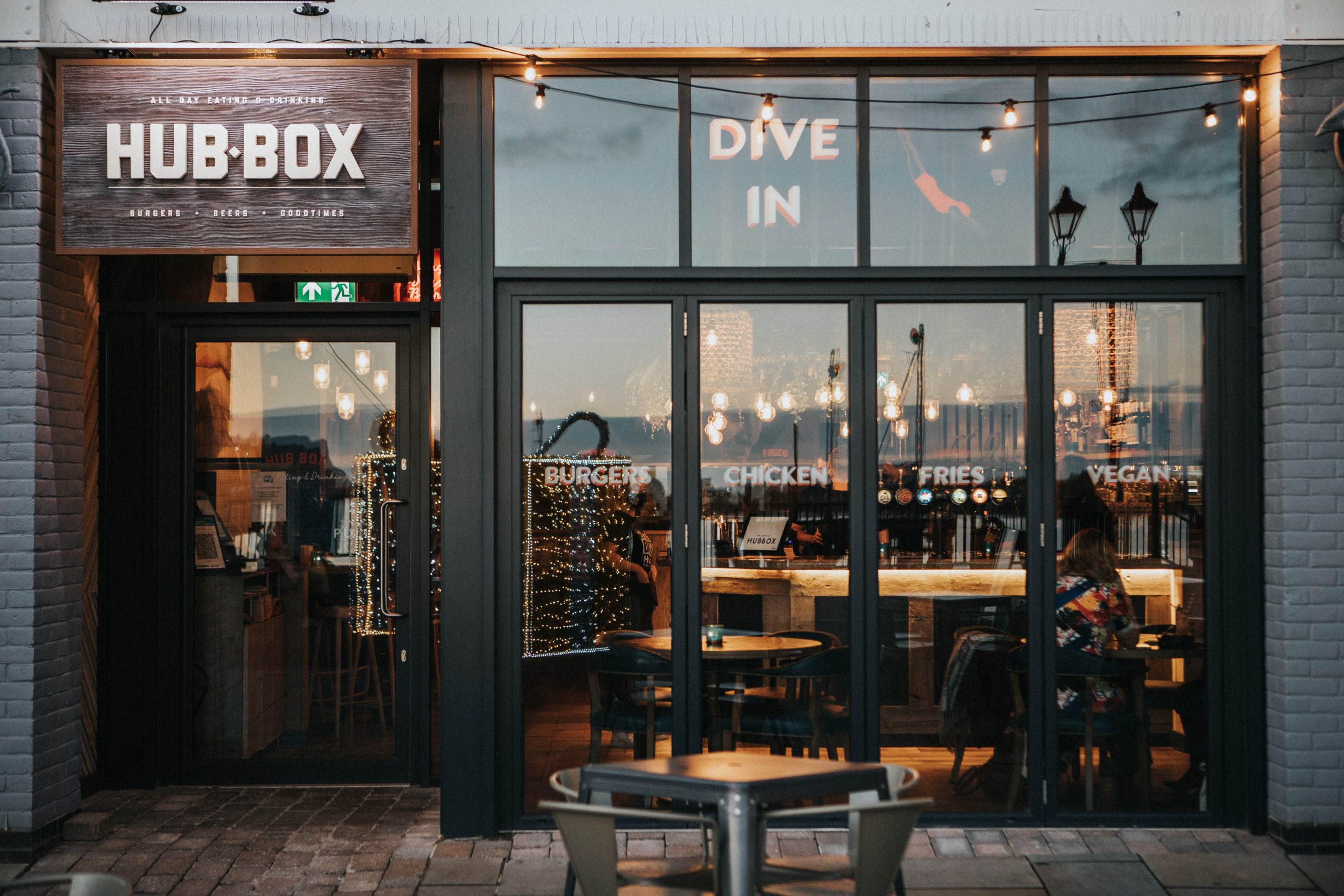 We then began the planning and preparation of their official Cardiff launch event. Our PR team wrote and issued a press release to both local and national press. The release was picked up and published by a number of news outlets, such as Wales247, Business Live, It’s On Cardiff and Wales Online.

This is where the creativity started to flow. Hub Box were looking for an exciting and engaging way to invite the guest list along to the event. With Hub Box being big on beer, and having collaborated with Harbour Brewing Co on their own Hub IPA, we suggested to get a team of Hub Box promo staff driving around Cardiff in a fully branded chiller trailer, hand delivering a box of ice-cold beers, with the invitation printed on the top to the influencers, bloggers, journalists and local VIPs of South Wales. 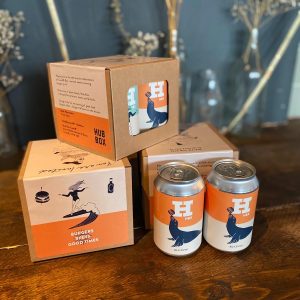 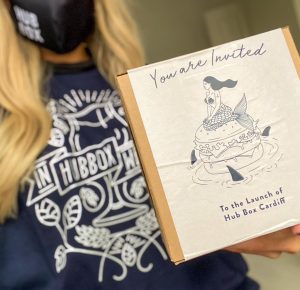 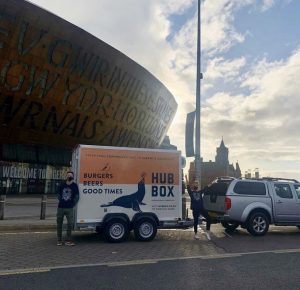 Following a successful few days of brand activation (doubling as invitations) it was time for the official launch event. With the slight stumbling block of Covid-19, it took a huge amount of planning to ensure the evening ran like a well-oiled machine. From local journalists, radio presenters, influencers and reality TV stars, it’s fair to say the event was jam-packed with influential guests. Having briefed in all guests prior to launch day, everyone had the brand guidelines and relevant tags on hand, to use when blowing up their social media with the best burgers South Wales has seen. By the end of the event, Cardiff’s social media was an endless stream of Hub Box food and drink. 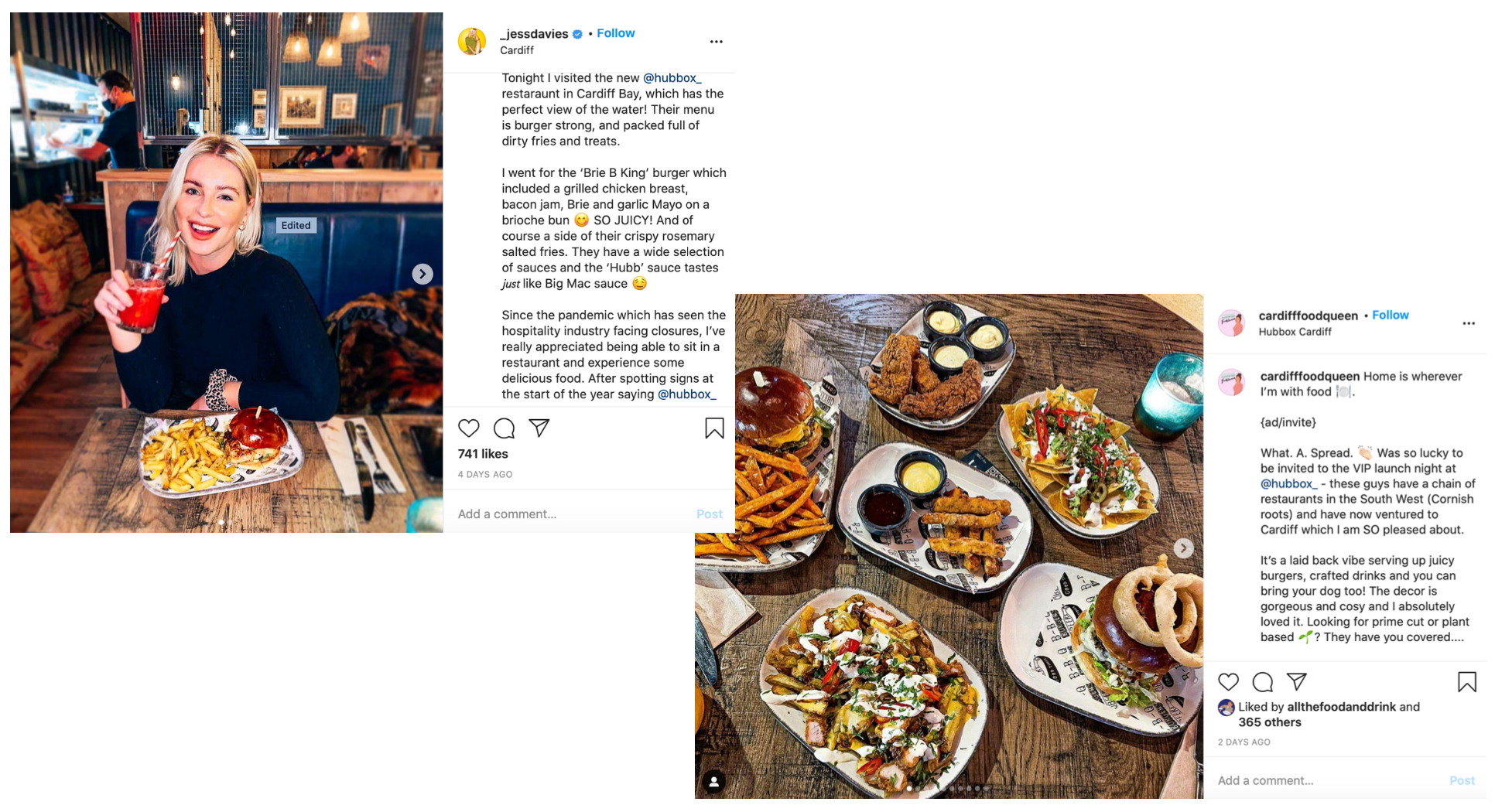 From having trusted relationships and open conversations with the guests of the evening, we were able to provide a detailed run-down of how content was received and some reviews of the new Hub Box Cardiff site. From managing their social accounts, we were also able to assess the direct impact of the launch event on Hub Box’s local following. Their Facebook page gained 100+ new likes over the weekend following the event, with an increased reach of over 7K and 200+ new page views. The Hub Box Instagram also benefited incredibly well, gaining 500+ new follows in the days following the event.

It’s been amazing to work with a brand on bringing their Cornish roots over the bridge into Cardiff, we cannot wait to continue our working relationship with Hub Box in the future.